Oil seals prevent internal system fluids from leaking and keep external contamination from entering the system. Leakage and/ or contaminants paths occur between the shaft and the seal lip and between the seal and the housing. Oil seals need to seal both dynamically (on the shaft) and statically (on the outer diameter of the seal).

Where hydrodynamic aids have been provided it should be remembered that a pressure deficit can be produced in the space between primary and secondary lips which will increase the radial force. This situation can be alleviated by providing breathing holes in the secondary lip. It should also be remembered that contaminants which have penetrated past the secondary lip will eventually cause damage in the couterface region. A build-up of heat can also occur between the two lips; this promotes premature wear. 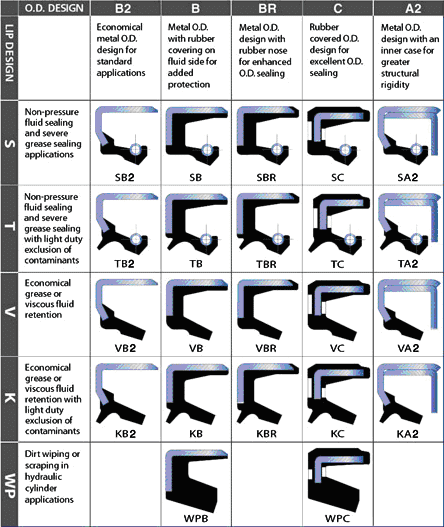 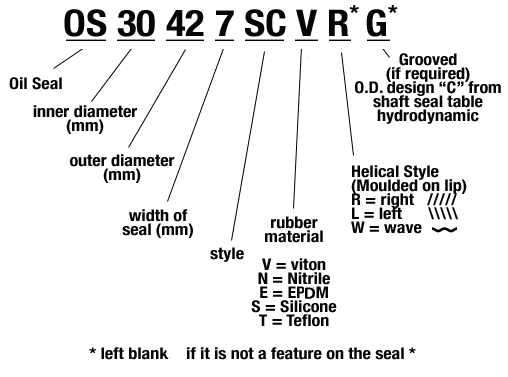 Use the oil seal reference chart when ordering.